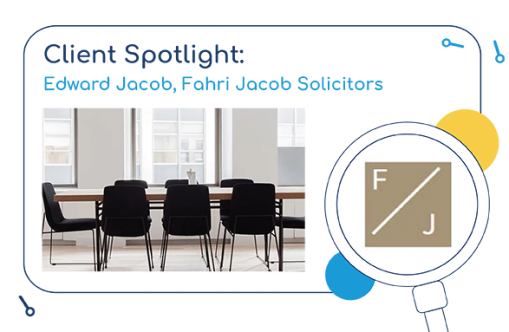 When long-established Fahri Jacob Solicitors first opened for business, its accounts were managed on a manual bookkeeping basis. Once industry regulators introduced new requirements for computerised accounts, the firm sourced potential software suppliers from an approved providers list. Quill was one of five companies contacted, and chosen for its cooperative, friendly attitude and high-performance application.

Edward Jacob, Practice Manager at Fahri Jacob, explains: “Our shortlist comprised four London-based firms and Quill whose head office is in the north. It’s not an overstatement to say that those in the south were reluctant to visit and we found them generally unhelpful.

“Quill was the complete opposite. They couldn’t do enough to help us and had a great manner. As our solicitors had begun getting anxious with regulators’ deadlines looming, Quill put our minds totally at ease. We were shown its legal accounts software – called Interactive – loved it, signed up and cancelled a scheduled appointment with a rival.

“In hindsight, suppliers were probably overwhelmed with a sudden influx of enquiries and some coped with the increased workload better than others; Quill being a forerunner. Whatever the reason, choosing Quill was and is the right decision. In fact, the final choice was mine. I stuck my neck out and I’ve never had to apologise for this early decision.”

Commenting on quality – both of Quill’s product and people – Edward states: “From initial sales demonstration to this day, twenty years down the line, we have no doubts about the calibre of the software. Whilst Interactive continually evolves to give end-users new and improved functionality, it doesn’t abruptly look different overnight. Changes are introduced in stages and we appreciate this continuity.

“Something of equal importance to us is the people we’re dealing with. Quality and continuity apply to the staff at Quill too. Inevitably, people do come and go, but the hardcore remain. Many of those we met at the outset are still at Quill. I don’t know what goes on in its offices to promote such positivity and longevity, but my respect goes out to the management team. It’s deeply reassuring to know that, if we encounter any hiccups, we have a friend by our side. That friend is Quill.”

Thirty days hath April, June, September and…Quilluary? This year, we’re giving all new clients to Quill a month back in their calendar, by offering them 4 weeks of free access to our legal software platform. Learn more about our special offer. 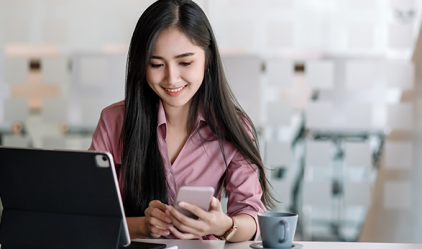 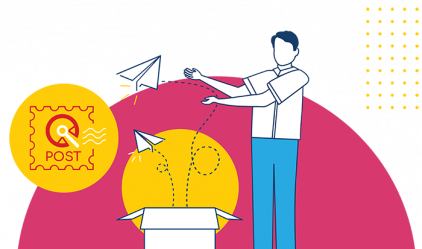 News: Quill expands its portfolio of outsourcing services with the launch of a new digital post room

This website uses cookies to improve your experience while you navigate through the website. Out of these cookies, the cookies that are categorized as necessary are stored on your browser as they are essential for the working of basic functionalities of the website. We also use third-party cookies that help us analyze and understand how you use this website. These cookies will be stored in your browser only with your consent. You also have the option to opt-out of these cookies. But opting out of some of these cookies may have an effect on your browsing experience.
Necessary Always Enabled
Necessary cookies are absolutely essential for the website to function properly. This category only includes cookies that ensures basic functionalities and security features of the website. These cookies do not store any personal information.
Non-necessary
Any cookies that may not be particularly necessary for the website to function and is used specifically to collect user personal data via analytics, ads, other embedded contents are termed as non-necessary cookies. It is mandatory to procure user consent prior to running these cookies on your website.
SAVE & ACCEPT